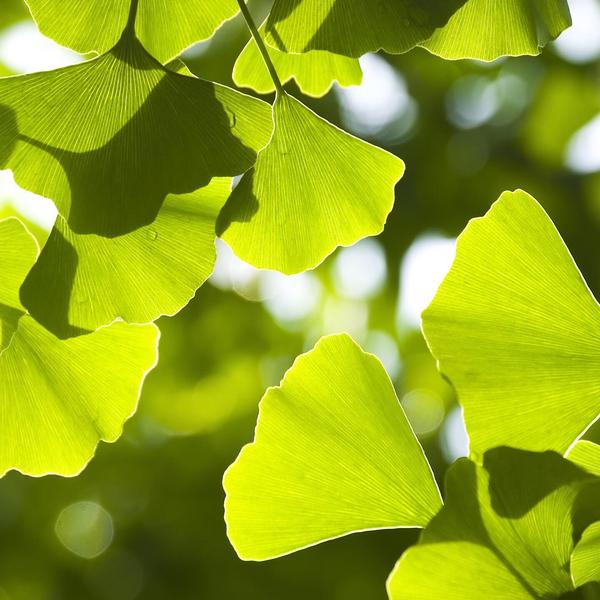 Who would associate the decorative gingko tree to herbal tea or to anything edible for that matter? This ancient plant, however, is very well known and much used, particularly in Asian culture where it has been part of traditional medicine for centuries. The gingko tree is thought to be the only remaining species of its kind with its related families extinct. Chinese traditional medicine has made use of this living fossil in various ways. Whilst the fruit produced by the gingko – a white nut-like fruit – was probably the first thing to be consumed, the leaves and roots have soon been added to the repertoire of medicinal use.

Traditional uses of ginkgo made use of its anti-inflammatory, anti-spasmodic and anti-allergenic properties which are known to reduce symptoms of asthma, wheezing and phlegm. The nut has been prescribed in Chinese medicine to treat incontinence and other troubles concerning the genitourinary system.
Our Western culture has slowly caught on to this amazing plant and chemical investigations of the gingko extracts began early in the 20th century. The leaves were introduced for medicinal use by the end of the 20th century in Europe and today, they are amongst the best-selling herbal medicinal herbs. The extract of the leaves can improve blood circulation, particularly within the brain and is used to increase brain function and memory. Some research found ginkgo to be useful in the treatment of Alzheimer’s disease and dementia. Hence this is seen as highly valuable remedy for people reaching their middle ages and for the elderly, as it can work both as a preventative as well as nurturing assistance. It is even said to reduce the chance of a stroke and support nerve tissue and circulation where a stroke has occurred. People at risk of arteriosclerosis and high blood pressure may benefit from ginkgo as it aids to clear the inflammation, assists a healthy blood circulation and is known to reduce blood clotting.
The primeval ginkgo is hence starting to permeate our culture – especially our tea drinking and herbal medicinal culture. Whilst in Japan, the gingko leaf depicts the symbol of one of the main schools of Japanese tea ceremony, our Western culture is slowly adding ginkgo to the tea drinking culture. Whether it be in its pure form or mixed in an “Antioxidant”, a “Pick me up” or a “Lift energy” herbal tea. Perhaps, ginkgo is the prime examples on how globalisation may manage to bring together the best things and knowledge from around the globe to eventually find the perfect blend for superlative health and enjoyment. Drink up!

Order more that $100 and get free SHIPPING
Dismiss